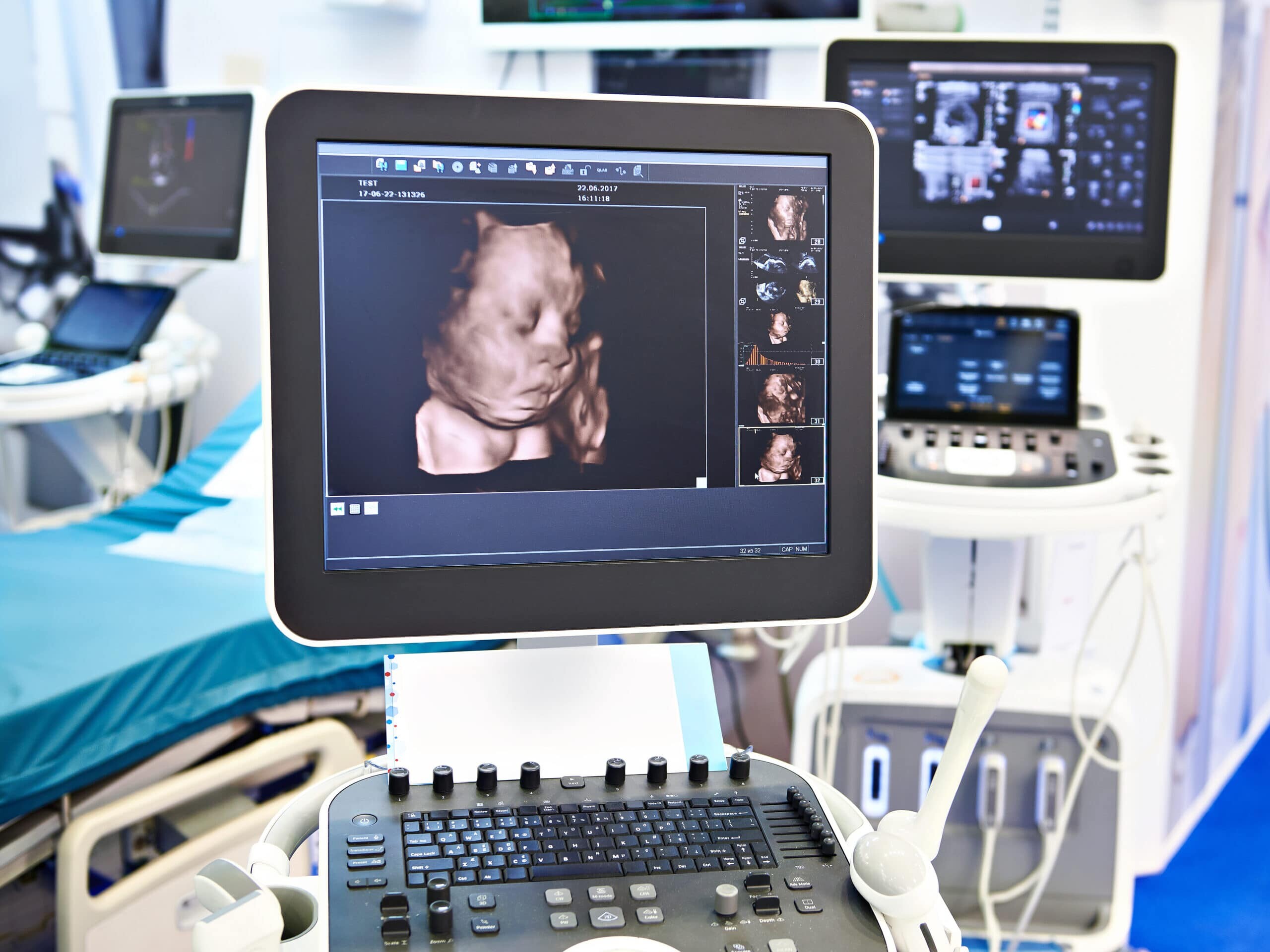 Ultrasonography is ultrasound imaging and is used to obtain clinical information regarding a patient. This imaging technology creates real-time diagnostic data and has produced several benefits – primarily in the reduction of healthcare costs – due to replacing more expensive investigative procedures.  Ultrasonography is used over a broad spectrum in the clinical setting including obstetrics and gynaecology, orthopaedics and cardiology, emergency medicine, prostate cancer, breast cancer detection etc.  The merits of ultrasonography over other imaging modalities include the speed in obtaining images, cost-effectiveness and the benefit of being a non-invasive procedure. Also, ultrasonography equipment is relatively inexpensive compared to magnetic resonance imaging (MRI) systems.

Today, ultrasound images can be generated on hand-held portable devices to inspect the abdomen, kidney, heart and peripheral vasculature.  The advancement of computer imaging software – by applying algorithms – has enabled the enhancement of image reconstruction.

The hyperthermia therapy technique using high intensity focused ultrasound (HIFU) was developed in the 1940s as an imaging tool that uses temperature to treat a variety of diseases. HIFU has been successfully applied in the treatment of cancer to destroy solid tumours of the brain, bone, liver, breast, rectum, pancreas, testes and kidney.  In addition, it can be used to treat uterine fibroids, benign thyroid nodules, hypertrophic parathyroid gland ablation and breast fibroadenoma ablation.

Currently, there is an emerging technique called transcranial magnetic resonance-guided focused ultrasound (tcMRgFUS surgery): this is a non-invasive treatment for a variety of brain disorders. In 2015, the FDA gave approval for HIFU in the ablation of prostate tissue.  This procedure uses a transrectal probe capable of transferring the heat from the focused ultrasound waves to destroy the cancerous prostate cells.

MRI and transcranial sonography scans of the brain

HIFU has advantages over conventional modalities such as surgery, radiotherapy and chemotherapy because this procedure treats tumours non-invasively is non-radioactive and has fewer complications after treatment.  To date, 100,000+ cases have been treated in clinics with HIFU.

The theory behind HIFU ablation involves the important property of thermal necrosis due to the absorption of ultrasound energy. During transmission, the sound energy intensifies at the tissue site and induces cavitation damage.  The focused ultrasound energy applies local heat and destroys the diseased tissue through ablation.  This elevation of temperature to 90 degrees means no tissue can survive.

The FDA gave approval to the HIFU system called Sonablate 450 for the treatment of prostate cancer. HIFU is currently being used to treat uterine fibroids and to relieve pain from bone metastases.  Clinical HIFU procedures are typically image-guided to permit treatment planning and targeting before applying a therapeutic or ablative level of ultrasound energy.

The aim of magnetic resonance-guided focused ultrasound (MRgFUS) is to deliver focused high-energy ultrasound waves into the tissue to cause thermal coagulation of the targeted tissue. The ultrasound transducer contains a piezoelectric plate that is capable of producing high-energy sound waves.  During this process, the ultrasound field and vibration frequency are dependent on the shape and size of the organ(s) and/or tissue within the human body.

The ultrasound waves can be focussed using a combination of lenses and/or reflectors.  In some cases, the transducer can automatically adjust the sound wave according to the medical scenario. situation.  The usage of an ExAblate machine allows for automatic focusing to be performed using phased arrays.  These phased arrays permit the generation of a larger focal spot – in addition to controlling the location of the focus by the phase and amplitude of the radio-frequency (RF) signals – driving each component.

The phased array components can focus the ultrasound waves into a beam and can also produce multiple beams which can cause intensification at the target.  These sound waves can pass through the skin and focus directly on a particular target (e.g., tumour) to deliver the energy.  The ExAblate system contains a phased-array transducer with 208 array elements that are individually controlled. Also, there is a computer-controlled positioning system, a multichannel RF amplifier system and a user interface.  All of these modules integrate with the MRI (1.5 T to 3 T) system to give guidance to the ultrasound therapy at the disease site.

Ultrasonography has several advantages over other medical imaging modalities, for example, computed tomography (CT) and magnetic resonance imaging (MRI) because it can produce real-time images of the anatomical structures within the human body. The other imaging technologies such as positron emission tomography (PET), has the capability of measuring functional activities of the body as compared to ultrasound imaging which is not used for functional imaging over a longer period of time.

This limitation has started an investigation into the potential of using ultrasound imaging for measuring events as a function of time.  For example, what happens to contrast agents over a period of time in the human body and how organs such as the heart respond to the perfusion of a contrast agent.

The key components which can expand ultrasonography are to create functional and volume imaging are primarily due to: (1) increased computational power, (2) cost-effective volume imaging and  (3) the availability of contrast agents for ultrasound imaging.

Ultrasonography in 4-D is not often used in clinical procedures as 2-D ultrasound imaging is still the clinical standard.  High-end imaging technology can produce its own individual problems regarding the image resolution relating to voxel size for volumetric imaging which is less than 1 mm.  Another disadvantage encountered is due to the noise and associated artefacts which can make it challenging to differentiate features that are less than a few millimetres. Subsequently, 3-D ultrasound images are produced in a volume-rendered format which can distinguish between the tissues and surrounding fluids.  This approach can be applied to the clinical setting of cardiology, gynaecology and obstetrics.

In addition, volume-rendered images can enhance the noise and distortions present in the 3-D images and result in irregular surfaces in the picture image.  The major disadvantage of this technique is due to the distorted visualisation of the internal features of solid organs such as the liver and kidneys which can produce raised reflections in the anatomical images.

You Are Here: Home » ultrasound imaging