Nuclear imaging makes use of radioactive substances that are used to treat several diseases. Technological advancements in the medical field have expanded the horizons of science and medicine. Nuclear imaging and medical imaging assists doctors and surgeons in detecting the different organs inside a patient’s body. Physicians and clinicians make use of nuclear imaging in the diagnosis and treatment of a wide range of diseases. The nuclear imaging technique is preferred over the other conventional imaging techniques due to the different advantages associated to it. The adoption of nuclear imaging is increasing worldwide owing to the increase in incidences of chronic diseases such as cancer, cancer and other neurological disorders. The growing awareness and importance of early diagnosis has further boosted the prospects of nuclear imaging. Progressive Markets recently published a report that offers valuable insights related to the nuclear imaging market such as the market share, size and growth. 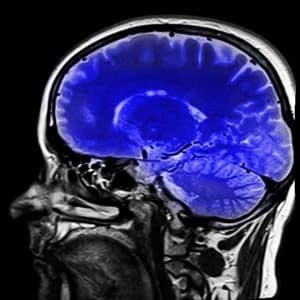 SPECT is similar to positron emission tomography (PET). However, it is not the same. SPECT imaging uses three tracers namely, technetium-99m, iodine-123 and iodine-131. In SPECT, gamma rays are emitted by radioactive tracers, whereas positrons are emitted in PET scans. SPECT is a non-invasive nuclear imaging technique and has gained significant popularity in the last decade. SPECT is cheaper and is used in a wide range of applications. It is cheaper than the other imaging techniques that are available and is convenient for medical professionals. SPECT are readily available compared to PET imaging. SPECT scans offer insights and a clear understanding related to the functionalities of the heart. 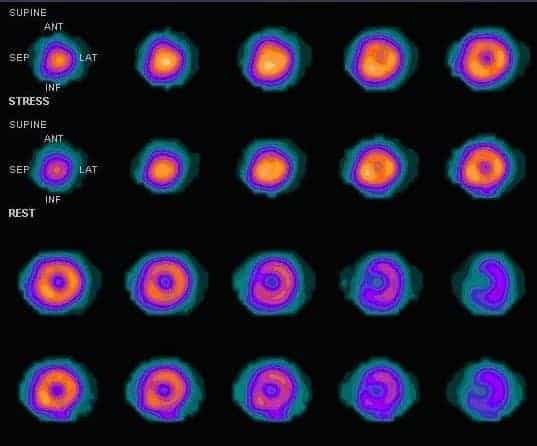 The image above shows a series of SPECT scans examines myocardial perfusion imaging (MPI) of the heart allowing a non-invasive approach towards the assessment of coronary artery disease (CAD).

A blockage in the coronary artery or any minor problem in the heart can be tracked with the help of SPECT. They are further used in the diagnosis of hidden fractures in the bones such as stress fractures and shin splints. The scans also reveal if there is any infection and how it is affecting the other parts of the body. Further, how the scans are affecting the patient, the impact of these scans and how the patient’s body is reacting to the treatment is monitored to assess the impact made by SPECT. SPECT help to identify what part of the brain is affected by numerous disorders such as Dementia, Epilepsy and other head injuries. The scans of a normal brain is used to compare the images of the damaged brain to analyse the magnitude of the injury or an illness. Further, SPECT scans can successfully aid in the diagnosis of maladies of the gallbladder.

The dysfunctions of the gallbladder can be tracked and monitored by the medical experts. New technology and radiotracers are enhancing the scope and the feasibility of PET as well as SPECT. The adoption of both these imaging techniques is likely to increase in the next decade according to several experts involved in the field.

The adoption of nuclear neurology has increased in the last decade owing to the several advantages associated to the same. Nuclear medicine techniques highlight the progression of the Alzheimer’s disease. Moreover, brain imaging could potentially assist in diagnosing autism in infants who are as young as 6 months old. This is a commendable advancement in the field of nuclear imaging as it helps in the effective treatment of the disease.

According to Robert S. Miletich, professor, Department of Nuclear Medicine, Jacobs School of Medicine and Biomedical Sciences, the insights offered by nuclear imaging techniques will help in the detection of several diseases and assist in the treatment of various brain disorders. He further adds that nuclear neurology will become an important aspect of neuroscience in the future.

Nuclear neurology is also known as neuromolecular imaging. It offers physiologic imaging of the brain and the spinal cord which helps to accurately diagnose brain disorders. The presented technique assists to diagnose severe disorders such as autism and Alzheimer’s.

Miletich utilizes this technique to image diseases or disorders such as brain injuries, brain tumours, epilepsy and the various forms of dementia. He further adds that these techniques are aiding surgeons and doctors to thoroughly diagnose and treat a specific injury.

Karandeep Virdi is a content writer at Progressive Markets who harbors an active interest in medical devices, advancements in the medical field and the upcoming trends in the industry. He actively researches and writes articles about the evolution of the medical industry and technological advancements in the market. Karandeep has written extensively on topics covering medical devices, software technology used in the medical industry.

Copyright: © 2017 Virdi K. This is an open-access article distributed under the terms of the Creative Commons Attribution License, which permits unrestricted use, distribution, and reproduction in any medium, provided the original author and source are cited.

You Are Here: Home » nuclear neurology