PET imaging (Positron Emission Tomography) is an established diagnostic imaging tool used in Nuclear Medicine to obtain clinical information from the patient.  An extension of this imaging modality is the PET-CT hybrid. This system consists of two scanning machines, namely PET imaging and an X-ray computed tomography (CT) scanner.  These modern medical modalities occupy a central position in the technological apex of Nuclear Medicine and occupy a prominent role in theranostics.

The second hybrid is PET combined with magnetic resonance imaging (MRI). This powerful imaging tool can obtain clinical images and provide corresponding information about the diagnosis of many disease states.  These hybrid scanning machines can be used to show the effect of current and new therapies.  PET scanning can detect the processes by which certain cancers utilise sugar molecules; while MRI provides structural details of tissues within a tumour or in brain disease. The advantage of using the diagnostic imaging tool PET-MRI over PET-CT is the two-fold reduction in radiation dose given to the patient.  PET-MRI is a valuable imaging tool, especially in the areas of oncology, neuropsychiatric and heart diseases.

Consequently, PET-CT has the capability to evaluate diseases through a simultaneous functional approach, including morphostructural analysis. The benefit of PET scanning is the potential for early diagnosis of the disease state, leading to a favourable prognosis and appropriate therapy towards the patient. Today, the most used PET radiotracer is [18F]fluorodeoxyglucose (FDG) and this is a central role in oncology.

Vital information can be acquired by using [18F]FDG and several other radiopharmaceuticals. These include fluorine-18 florbetapir (Amyvid), fluorine-18 florbetaben (Neuraceq), fluorine-j18 flutemetamol (Vizamyl), fluorine-18 ethylcholine (FECH) amongst others with the overall aim to evaluate biological processes. PET imaging is creating vast opportunities in the area of molecular imaging and provides a platform for a potential revolution in clinical diagnostics, especially for oncology, neurology and cardiology.

PET imaging has been the focus of research in the human body since the 1970s.  This impressive technological platform has allowed for a prominent clinical role in the diagnostic, staging and monitoring of disease in patients by the 1990s. The pioneering work commenced by Brownell and Sweet at Massachusetts General Hospital in 1953 allowed for the first positron detector to study human brain function.  Several milestone discoveries in the clinical application of PET scanning have been reached by the following scientists which include Kuhl, Pogossian, Wolf, Sokoloff, Phelps, Di Chiro, Alavi and Wagner.

In the 1990s, Wagner demonstrated that the glucose analogue, FDG could be utilised in various PET studies.  Preliminary applications of clinical interest were carried out in the studies of brain disease, cancer and dementia.

In the late 1980s, technological advances permitted a faster and more accurate whole-body examination acquired by using PET-FDG and this started to become an important clinical tool in oncology.  The central role of PET-FDG was for diagnosing, staging and re-staging of several types of cancer in patients on a daily basis.

An important milestone came in 1997 when the FDA approved the utilisation of PET as an imaging tool in diagnostics. Subsequently, PET-FDG became an established imaging modality in the clinical assessment of many neoplasms, finding a role also in non-malignant diseases such as dementia, myocardial ischaemia, inflammation and infection.

The principle of PET imaging

Positron emission tomography (PET) imaging works by detecting the radiation inside the body.  The radiation is generated by the decay of the radiotracer containing an unstable radionuclide.  During the decay process, a positron (β+) and neutrino are ejected simultaneously.  The positron is an anti-matter electron (β-) with an identical mass to an electron having a positive charge.  In the decay process, the ejected positron loses kinetic energy by colliding with the surrounding atoms.  This action suddenly causes the positron to lose kinetic energy and come to abrupt rest.  These positions have a short-range in human tissue with peaking energy of at 0.63 MeV.

The positron collides with an electron (β-) which results in an annihilation reaction releasing an amount of energy.  This energy takes the form of two ‘annihilation’ photons (511 keV) resulting from the (β+ – β-) interaction in opposite directions. These annihilated photons are quantified by applying the principles of coincidence PET detection of gamma rays.

The gamma rays leave the patient’s body and interact with the scintillation crystals such as BGO (bismuth germinate), LSO (lutetium oxyorthosilicate), GSO (cerium-doped gadolinium silicate), LYSO (cerium-doped lutetium yttrium orthosilicate) and the photomultiplier tubes in the detectors.  These crystals act as transducers by converting the gamma rays into ‘light’ photons.

The energy of the photons is converted into electrical signals and immediately registered by the tomography electronics.  The information is then processed by the computer to generate a complex 3-D real-time image of the brain or a whole-body scan.

Spatial resolution is a contributing factor towards quantitative PET diagnostic imaging tool and is defined as the distance between two infinitely small point sources that can be distinguished from each other. Various preclinical PET scanners reveal a spatial resolution in the order of 1.5 – 2.5 mm. This measurement is defined at full-width-half-maximum (FWHM) of the point spread function in the central field of view (cFOV).

The PET  diagnostic imaging tool spatial resolution is dependent on the radial offset of PET scanners. These tests are usually performed according to the NEMA NU 4-2008 standards (The National Electrical Manufacturers Association standard NU 4-2008 for performance measurements of small-animal tomographs) using a sodium-22 point source.

A number of PET scanners have indicated – at a radial offset of 5 mm – the radial spatial resolution was approximately 1.6 mm FWHM. However, at a 25 mm radial offset the FWHM value was 25 mm and PET scanners with a more substantial bore size suffer less from radial elongation effects. Further, investigations have found that by reducing the scintillator size from 5 mm (human scanners) to around 1.5 mm, the spatial resolution improved. Although all of these observations gave individual improvements, it is still challenging to image small structures such as the architecture of a mouse brain.

This was the rationale that led to the development of scanners having scintillator sizes of less than 1 mm.  In addition, reducing the size of the crystals produces fewer counts per crystal, and this becomes a factor regarding the noise and signal strength. Furthermore, PET scanners detect the point of annihilation and not the point of positron emission. This is because the positron range in tissue is a function of kinetic energy which is emitted from the nucleus and is dependent on the specific radionuclide used.

The consequence is that any residual kinetic energy, at the time of annihilation, creates gamma radiation emitted at less than 180 degrees. This results in non-collinearity and loss of accurate placement, which is also related to the size of the field of view.

All the above factors may well contribute to the limitation of PET spatial resolution.  As for the future research continues to produce the next generation of PET diagnostic Imaging tool systems.

You Are Here: Home » pet imaging 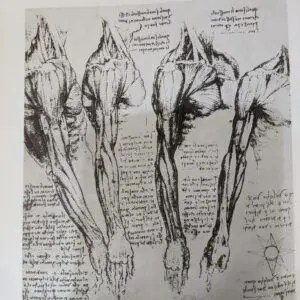 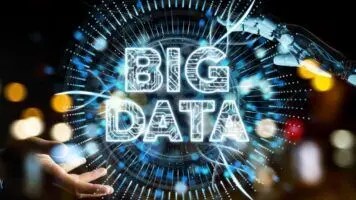 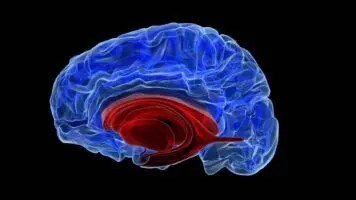 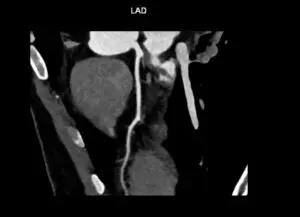