Proton therapy: a treatment for tumours

A brief history of proton therapy 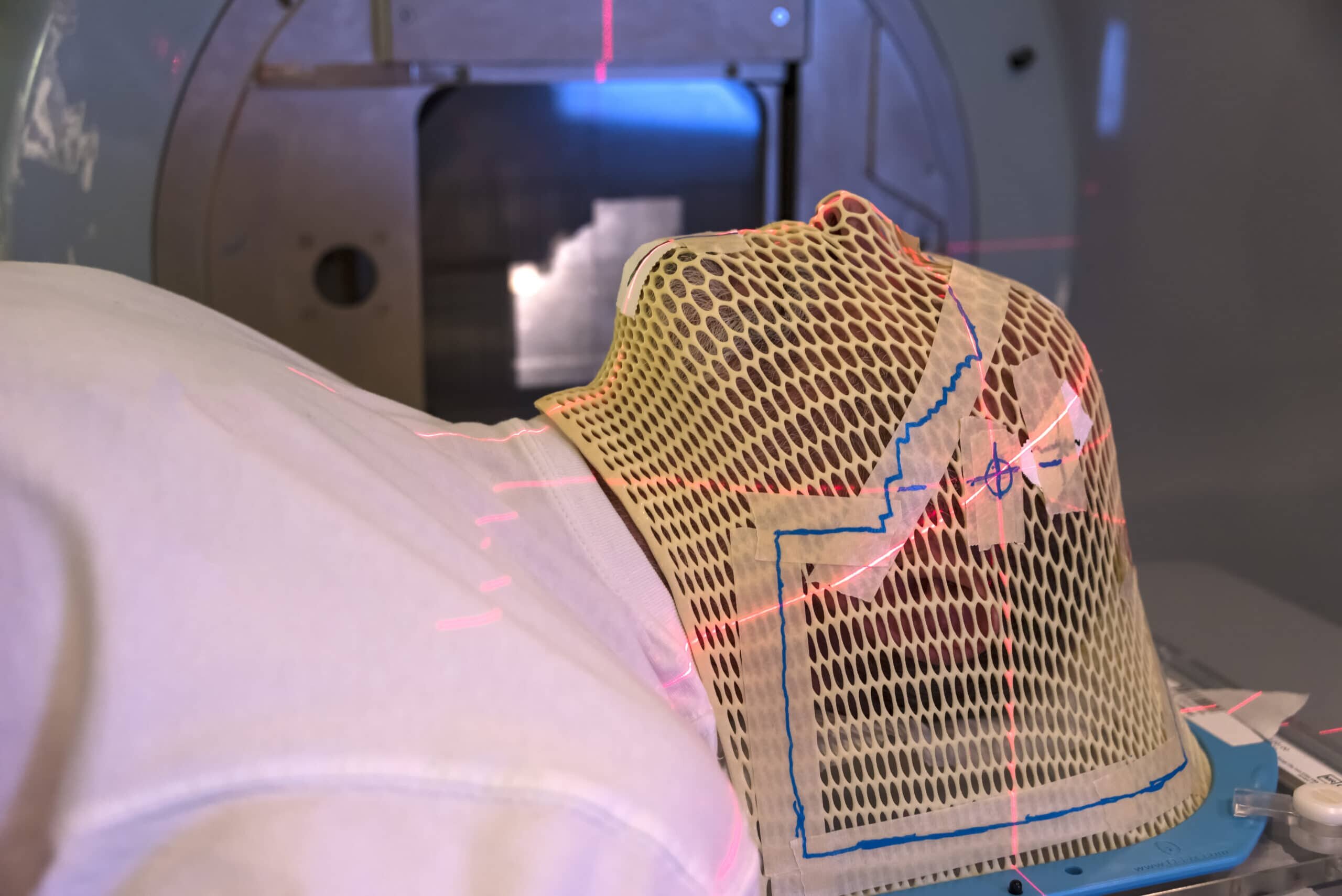 Proton Therapy UK  (Proton Beam Therapy) – A technological revolution in image-guided radiotherapy systems and treatment planning is growing fast in the management of tumours without damage to organs at risk (OAR).

In 1946, the cyclotron physicist Robert Wilson envisaged the use of energetic protons to be used in radiotherapy.  The premise, of protons, is their inverted dose profile, called the Bragg peak.  The major characteristic of the Bragg peak is its ability to position at any depth in the patient and to expand into a larger volume. These events generate zero doses behind the most distal peak position. Essentially, after a rapid build-up in the modified proton beam (250 MeV) region, the conventional radiation photon beam (6 MeV) shows an exponential decrease in energy deposition with increasing depth in tissue. In comparison, protons show an increase in energy deposition leading to a maximum (Bragg peak) near the end of the range of the proton beam.

The first proton therapy clinic opened in 1954 at Berkeley 184 Institute in California and treated 30 patients. However, the Loma Linda Institute in California has treated over 17500 patients since 1990. The main reason for its delay from the initial conception was due to the poor guided imaging and treatment planning.  Today, 58 proton beam therapy facilities are operational worldwide and have performed over 96,537 oncological treatments. These include the treatment of a spectrum of diseases: paranasal sinus tumours, chordoma, chondrosarcoma, meningioma, prostate and lung cancer:  in addition to uveal melanomas, sarcomas of the base of a skull, sarcomas of the paravertebral region and medulloblastoma brain tumour.  Also, proton radiosurgery can be applied to the treatment of large arterial-venous malformation and intracranial lesions.

The development of X-ray computed tomography (CT)  in 1970 was instrumental in producing 3-D scans to provide tumour volume location and also the assignment of CT Hounsfield numbers to enable electron-density distribution required to perform 3-D dose calculations.  This invention provided the foundation for the development of CT-based radiation technologies in treatment planning.  During the 1980s, magnetic resonance imaging (MRI) became a vital diagnostic tool for diseases states in patients.  Further, development enabled the discovery of the relationship between a tumour and the surrounding healthy tissue.

The advantage of MRI over CT is the ability to provide images with a higher spatial resolution with contrast. Then in the 1990s, positron emission tomography (PET) imaging became an integral part of treatment planning.  Conversely, PET combined with CT became a powerful scanner for the imaging of tumours.  This hybrid can visualise tumours and, in particular, distinguish a tumour from normal tissue due to the different metabolism rates. The application of conformal radiation modalities such as proton therapy is necessary to guide the correct dosage of radiation to the patient.

Another aspect of image-guided radiotherapy (IGRT) which includes respiratory gating is becoming apparent in the clinical setting for more advanced instrument/scanners in radiotherapy departments. The reason which gives these modern imaging technologies is to enable the detection of the geometric contours of the tumours to ensure that the radiation dose is delivered accurately to the tumour site.  Consequently, further advancements in imaging-guided therapy have produced 4-D computed tomography imaging as the basis for respiratory-gated proton therapy to limit motion artefacts.

Furthermore, X-ray radiation techniques combined with proton beam therapy can control numerous cancers even destroying them. Problems can arise with the ability of the physicist to conform the irradiation outline to tumour volume.  During conventional radiotherapy techniques which can damage surrounding healthy tissues.  Treatment planning is required to enable a reduced radiation dose which would be useful to avoid damage to the healthy tissues and limit side effects.  The overall benefit of proton beam therapy over conventional radiotherapy i.e. protons vs. photons is the ability to use protons at higher radiation dose with image-guided radiotherapy.

The physicist can control and manage cancer while reducing the damage to healthy tissue and surrounding organs using the concept of theranostics.  Proton Beam Therapy is essentially a form of radiation that makes use of the properties of protons.  The treatment of tumours involves the clinical proton accelerator cyclotron, generating proton beam energies between 230-250 MeV and giving an associated range in tissues of 35-40 cm in water.  There are cyclotrons that generated a maximum proton beam of about 70 MeV, which is only powerful enough to treat ocular tumours. Conversely, the synchrotron circular accelerator ring delivers a pulse beam of protons. Other techniques include beamline and gantry/fixed beams.

The above images show tissue exposed to conventional radiation therapy (left image) and proton therapy (right image) by the application of intensity-modulated treatment. The areas marked red received a higher dose while the fields in blue and violet received low dosages. The overall area exposed to conventional radiation was much larger than that exposed to proton therapy. Both procedures can penetrate human tissues. However, a tumour with a substantial thickness is covered by the IMRT spread-out Bragg peak (SOBP) and is indicated by the red line distribution in the image. The SOBP is an overlap of several distinct Bragg peaks (blue lines) at staggered depths.

In 2009, the UK Government announced a programme to set up the National Health Service Proton Beam Therapy, with an initial investment of  £250 million and a commitment to construct two centres at located University College London Hospital (UCLH) and the Christie Hospital in Manchester.  Each of these centres will offer high energy proton beam therapy treatment.  Since, 1989, the UK has been treating patients with rare eye cancer by the use of low-energy beam therapy. It is expected in the latter part of 2018, that the new proton therapy centre based in Manchester will be accepting the first patients to be treated with the high-energy proton machine. In 2020, it is expected that a proton treatment will be extended to London in purpose-built cancer and surgery centre at UCLH which contains the 90-tonne cyclotron to be part of the Proton Therapy UK network.

You Are Here: Home » proton therapy