Molecular imaging technology – use of PET in clinical microdose studies 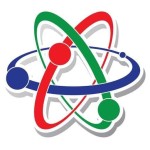 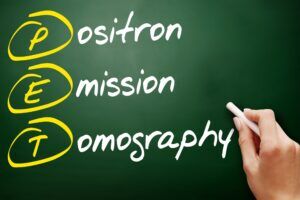 PET imaging is used in oncology, neurology and cardiology.

A brief introduction to PET imaging

The powerful in vivo non-invasive imaging technique called positron emission tomography (PET) can generate dynamic information on biochemical processes in the human body.  PET imaging is primarily used in oncology, neurology and cardiology. PET is an ultra-sensitive technique that can be used in human microdose studies.

A human Phase 0 microdose study is performed at the earliest stage of drug development. This approach enables preliminary data to be compiled on a drug candidate in humans before the commencement of Phase I clinical trials.  PET imaging relies on the detection of gamma radiation emitted from positrons during the annihilation with an electron.

PET studies in humans can be divided into two streams:

PET studies in humans are carried out using a low dose of the drug (micrograms) administered intravenously.  The microdose study aims to provide information about the rate at which the drug passes through the blood-brain barrier (disposition of the drug). In addition to gain an insight into human pharmacodynamics and pharmacokinetics. Advances in PET technology have made a significant contribution to the drug discovery process by compiling more accurate data on drug efficacy and targeting the efficiency of potential lead compounds.  The potential benefits of introducing PET imaging in the early phase of drug discovery will have the effect of reducing the time spent on poor lead compounds as a potential drug candidate.  Also, PET imaging is used in late-stage drug discovery to investigate toxicity and dosing studies, including tracking the response.

However, the main problem of PET imaging is the ability to synthesise be-spoke PET probes to be used to investigate a particular disease. This is because of the challenge to develop feasible synthesis routes to incorporate the short-lived radiolabel to obtain probes in a reasonable radiochemical yield within the timescale associated with the short half-lives of PET radionuclides. The development of these synthesis methods is beneficial when using the shorter-lived isotopes (carbon-11, half-life = 20.3 minutes) in the application of a broad range of targeting agents as probes.  Automation will play a vital role in a novel probe containing fluorine-18 (half-life = 109.7 minutes) and carbon-11 PET isotopes.  Enhancing the range of synthetic precursors labelled with PET isotopes also allows access to a broader range of specially designed molecular imaging agents with specific purpose either to enhance specificity and sensitivity or to broaden the range of disease states that can be imaged.

Currently, 80% of clinical PET imaging and research uses FDG.  However, the use of radiometals in PET imaging particularly copper-64 (half-life = 12.7 hours), gallium-68 (half-life = 68 minutes) and yttrium-90 (half-life = 64.1 hours).  Copper-64 and gallium-68 are routinely used in neuro and cardiac imaging. The advantage of using gallium-68 is that it does not require a cyclotron, therefore widening PET imaging opportunities throughout the world.

The decision to move to Phase II is based on human data. PET/CT can provide an objective and quantitative endpoint for therapeutic efficacy in clinical trials.  For example investigating the reduction in tumour volume from using FDG PET, proliferation using FLT (18F-fluorothymidine) and dopamine receptor activity using 11C-raclopride.

PET/CT could also reveal when drugs are effectively targeting a selected population (a specific human phenotype) but fail when the appropriate subject is used. This opens the way for rational targeted drug design.

Pre-clinical PET/CT allows in vivo bio-distribution, pharmacodynamics and pharmacokinetics to be measured.  Receptor binding (K and Bmax) can be established in vivo. Objective and quantitative measurements of candidate therapeutics efficacy can be determined using known radiotracers.  Given appropriate animal models, drugs targeting a specific genotype can be identified.

PET/CT can be used to discover why an established drug is active in one situation but not in a similar clinical situation, for example, gemcitabine for lung cancer compared to pancreatic cancer. Similarly, the complex mode of action of a drug, for example, carbamazepine can be investigated in vivo both in animal models and in man.

PET can address the following questions in the early stage of drug development:

The application and access to functional metabolic imaging have significantly enhanced the understanding of various pathological processes such as cancer. In addition, these imaging modalities have enabled the incorporation of information into patient management protocols.  The leading molecular imaging tool is positron emission tomography (PET) and has emerged at the forefront of various clinical applications.

The clinical use of PET was restricted until the commercial use of medical cyclotrons in the 1980s in the field of neurology and cardiology.  These cyclotron advancements made it practical to produce short-lived PET radiotracers at the hospital nuclear medicine departments. However, in the 1990s, the clinical applications of PET in oncology started with the radiotracer 18F-fluorodeoxyglucose (FDG) and more recently the hybrid of computed tomography (CT) fused with PET. These hybrid scanners combine the anatomic images produced by CT with the functional information of PET.

The principle of PET imaging is the ability to detect changes in cells, organs and tissues of the human body during metabolic processes. Some of these target glucose metabolism and this enables PET imaging to quantify functions within the cell. For example, in cancer cells, metabolic changes occur before the cells undergo certain changes such as metaplasia.  In the late stages of cancer, PET will follow the structural changes and also detect changes in the disease state. The anatomical imaging techniques include CT and MRI, which identify any conditions occurring in the organs.

The radiotracer 18F-fluorodeoxyglucose (FDG) behaves as an analogue of glucose and is used in glucose metabolism.  FDG-PET radiotracer enters the cells in the same manner as for glucose which involves phosphorylation by hexokinase to produce FDG-6-phosphate (FDG-6-P).  The FDG-6-P does not undergo further metabolism but accumulates in the cells. This is because malignant cells have a higher rate of glycolysis compared to healthy cells.

The PET radiotracers 11C-thymidine and 18F-fluorothymidine (FLT) are both analogues of thymidine and are used as probes for cellular proliferation. Subsequently, the uptake of FLT has a similar mechanism to FDG uptake.  The FLT uptake by the proliferation of cells does not incorporate into the DNA and only accumulates in intracellular tumour cells.  FLT also can predict the tumour grade in lung cancer and even a predictor of the brain tumour response.  Furthermore,11C-methionine has been demonstrated in the evaluation of brain tumours.  In addition, 11C-choline and 11C-acetate, have been used in the PET imaging of prostate cancer to evaluate the metastatic disease.

The PET radiotracer, rubidium-82 is used to evaluate the myocardial perfusion in a similar procedure when using technetium-99m (Myoview), thallium 201 or nitrogen-13 labelled ammonia.

PET imaging of the human skeletal can be investigated using the radiotracer 18F sodium fluoride and is comparable to technetium-99 labelled methylene diphosphonate.

Also, several PET radiotracers have been to study the function of the brain:

Over the last decade, PET has emerged as an important molecular imaging tool in the area of oncology, cardiology and neurology.  The advancement of PET technology will produce high-resolution PET scanners with integrated multiple row detectors of computed tomography. These PET-CT hybrid scanner aims to produce a scan under 5-min with reduced radiation affects both the patient and radiographer. In addition, these new scanners will have enhanced patient comfort and minimise the effects of patient movement and increased patient throughput.  The design of specific radiotracers by using automated synthesis will enable PET and PET/CT to facilitate more personalised imaging towards the patient’s treatment plan. 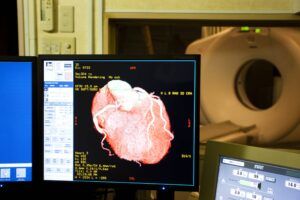