Cancer is a product of cellular changes that cause disease through the uncontrolled growth and division of cells.  Over the past 150 years, many hypothesis have been proposed to explain the origin of cancer cells. These include the unregulated proliferation of cancer cells, metastasis (stage 4 cancer) and the histological classification of the cancer tissue (benign or malignant tumour).  In 1845, Rudolf Virchow found abnormal increases in white blood cells in some patients and in 1847 identified the condition as a blood disease called leukämie (leukaemia). In 1857, Virchow was first to identify chordoma a type of tumour that is developed at the base of the skull. Also,  in 1858, he presented the idea that cancer cells are the body’s own cells.  Currently, the most accepted theory of cancer is based on the hysteron proteron of the somatic mutation theory (SMT). In this model, the first event (mutations) occur after the cell has been transformed from a normal cell to a cancer cell via a process termed carcinogenesis. These mutations have increasingly been perceived as the causal event in the origin of the vast majority of cancers.  Currently, this model is challenged by a growing amount of experimental data and arguments that could either not be explained by the model or that contradict this model.  In one study of three subtypes ependymoma (glioma) brain tumours, it was found that one subtype carried an intrachromosomal translocation (a segment breaking off the chromosome and rejoining it at a different location): this creates a new tumour driving gene. The second subtype lacked the tumour driving mutations and had epigenetic modifications compared to the third subtype which had neither gene mutations nor epigenetic aberrations. Furthermore, the fact that normal tissues can display massive genetic changes including changes in cancer initiating and cancer driving genes.  Over the past few decades, several transfer experiments have demonstrated the effect of tumour suppressing of normal cytoplasm. These include mitochondrial transfer which has the ability to suppress tumour growth. This could be demonstrated – despite the presence of cancerous nuclear genomes – by showing the introduction of non-cancerous mitochondria into highly malignant breast cancer cells. Applying this approach had the effect of reversing the malignancy and down-regulating several oncogenic pathways such as invasion and in vivo tumour growth. Moreover, there are several non-genotoxic (non-mutagenic) carcinogens, including dichlorobenzene and chloroform, that initiate cancer formation.  Other oncological theories include oxidative phosphorylation which results in cellular energy loss and has a high impact on cancer formation.  Currently, there are several imaging modalities available to clinicians who diagnose, stage and treat human cancer: X-ray (plain film and computed tomography), ultrasound, magnetic resonance imaging, single-photon emission computed tomography, positron emission tomography and optical imaging. Of these, only four (MRI, CT, PET and SPECT) are capable of 3-D detection of cancer anywhere in the human body.

PET probes to investigate the movement of nucleosides across biological membranes. 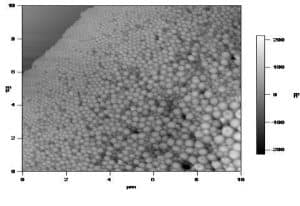 Application of aptamers in drug delivery systems and radiopharmacy.